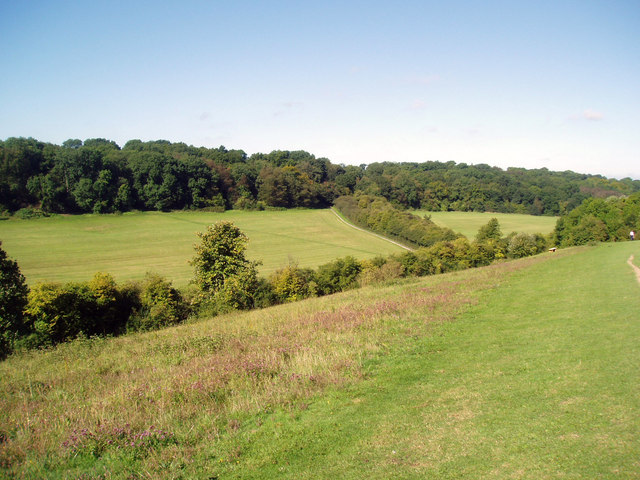 The Pirie 10 is a two lap cross country race in Farthing Downs near Coulsdon.  Farthing Downs is where I head out for many of my long runs and is a stunning piece of undulating downland that I've always thought would be a good place to have a race.  As it happens the South London Harriers, based in Coulsdon think so as well and have been running a number of races on the downs for a long time.

Race day prep didn't exactly go to plan.  A late bus meant that I missed a connection and arrived just after 10 giving me 20 minutes to register, get changed, pin my number to my shirt and complete the 5 minute up hill jog to the start line.  I made it there just as they announced the 5 minute warning.  In some ways this was a blessing as it was not a day to be hanging around in the cold.

The course basically goes gradually up for the first mile or so, followed by a descent, a mile or so on the flat.  After this you climb out of the valley and then it undulates, but manly downhill back to the start for lap 2.  It's mainly footpaths with one pretty muddy section through a field.  There was a heavy frost so in the shade there was a nice glint to the ground in the winter sun.

Due to the cold, the ground was frozen solid which made for fast conditions compared to the mudfest of recent running.  I was felling pretty good and after the initial miles settled into a good pace with a few runners around me.  I competed lap 1 in about 33:30 which was faster than I imagined and started to worry it would all go wrong on lap 2.  Luckily however there was a Collingwood runner who was hanging on the whole way round lap 2- and with inter-club rivalry in mind I couldn't let him pass me!  Somehow I managed to finish in 1:07:03- getting my self 26th place and a new PB for the distance.

The Pirie is a really good, grass routes, club organised race.  No bells or whistles just honest hard running on great trails with tea and cake afterwards.  I am definitely going to try and enter some of their other races on the downs, which include a midweek 10k series over the summer and a 5 miler in October.

In other news I have a target race for 2013; the Centurion South Downs Way 50.  From now till Christmas I'm just going to enjoy running the odd park run and whatever training I feel like.  In the new year the training proper starts...
Posted by Simon at 13:08